Home » Blog » What is 5G? Understanding the new technology from the point of view of the user

f you follow the news from the world of phones or technologies at least a little, you could not help but notice that the news about 5G introduction is literally captivating. For new smartphones, 5G support is called an important advantage, and all operators report on the timing of implementation and expansion of coverage by 5G networks. But what does this all mean for a simple user? In short, now this issue is relevant only for those who live in not so large areas of coverage with these networks. These lucky ones get faster and more stable access to the network, provided that they have the appropriate equipment. So far, only the very initial stages of implementation have been going on in Russia, related to the need to allocate broadcast frequencies to operators and to obtain appropriate permissions from authorities. But the situation is changing quite quickly,

Data transfer volumes grow like never before
Although the pace of 5G distribution remains high, the technology itself is not quite what people expect. 5G NR means not just fifth-generation communication, but also the transition to new data transfer frequencies from the communication tower to the subscriber’s phone. This is not only the stumbling block of Russian operators (these frequencies were initially occupied by the army and other special communications), but also a whole bunch of technologies that require various implementation efforts. So the 5G support itself, announced by the operator, can mean quite different things to the end user. General – only a promise of greater network speed and capacity.

From a technical point of view, 5G is the next generation of mobile communications. So far, it is basically nothing more than an addition to the existing 4G LTE network, making it possible to increase the capacity of the network in places where it is necessary. There are three 5G categories that are determined by the frequency used for this connection. These are the low-frequency and mid-frequency ranges, as well as the millimeter range (mmWave). In this case, the use of low-frequency and mid-frequency ranges is called sub-6 5G. This means that in this connection the frequency is less than 6 GHz.

When using any 5G connection, you will get a high data transfer rate, but only when using the high-frequency millimeter range will there really be a significant difference with previous generations of networks. In mmWave networks, speeds will be maximum, but coverage of such networks is very limited. The sub-6 5G boasts much more coverage comparable to LTE networks, but its speeds will be at the maximum level achievable in 4G LTE.

In the USA, all major operators have chosen a strategy of combining all three 5G bands to get a single network in which differences will be based on building density, number of subscribers and other geographical factors.

What about the frequencies?
In Russia, there is no certainty either with sub-6 5G or with millimeter 5G NR. The existing permissions for the use of communication ranges for operators do not allow the introduction of 5G technologies in them for mass use, and the issue with the millimeter range, even for testing, was decided only in the current month. In the USA, they solved legislative problems, but there is not much real increase in data transfer speed for users. Let’s see how American operators began to solve their problems.

T-Mobile uses only the 5G low frequency range, which is activated at a frequency of 600 MHz on most operator towers. Since the maximum coverage level is reached at such a frequency, the operator can implement 5G without large-scale construction of additional base stations. It is enough to upgrade the equipment of the existing towers and make sure that the cable connection is reliable enough for an increasing data transfer flow. Another operator, AT&T, recently launched 5G in a similar fashion, but at 850 MHz. And this explains his loud statement of readiness for the introduction of fifth-generation networks across the country by the middle of the year. 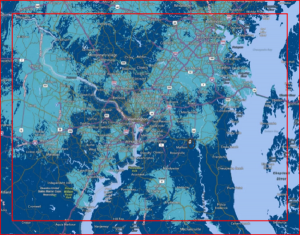 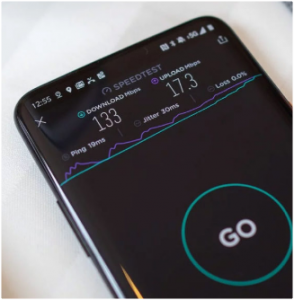 Sprint 5G rollout Everything you need to know

Buying a device that already supports 5G is now not a problem, but here it is not so simple. Market firsts like the LG V50 ThinQ 5G cannot work with sub-6 5G networks, i.e. they don’t get anything from the low-frequency 5G chosen by most American operators. Newer models like Samsung Galaxy S20 5G or OnePlus 7T Pro 5G, have already received support for all possible 5G bands. However, when buying a phone, it is better to check in advance at what frequencies your operator broadcasts and which are really supported by the selected device, otherwise all the advantages of the fifth generation of communication for you will come down to having a 5G icon on the box. This situation is true for the American market, and there is no reason to assume that in Russia it will be somehow different. So just buying the newest device for using 5G may not be enough – you will need to find out about the operator’s development plans.

So when is 5G?
The coronavirus epidemic once again postponed the introduction of 5G in Russia. However, before that no one had given any specific dates, so one uncertainty was replaced by another. And, as can be seen from the above, a lot of time can elapse between the formal launch of networks and the receipt of the “real” 5G by a specific subscriber. In fact, in the US, all operators either offer a really fast network, but very locally, or talk about 5G and wide coverage, but the actual speeds in these networks are not far from 4G LTE. And even living in the coverage area and owning a phone with the menu item “choose 5G network” does not guarantee access to new technology.

Another interesting point was the use of access points with support for 5G networks. There are very few of them so far, and of all operators in the USA, only Verizon has begun to provide services based on 5G networks for such devices. T-Mobile has similar plans, which is considering the possibility of providing Internet access services using 5G networks in rural areas. An important point in this case is the fact that new networks allow you to get the wireless speed at the same level as the usual wired connection.

To summarize
An increase in the volume of transmitted information requires an increase in connection speed, which means that only 5G has prospects for meeting the future needs of smartphone owners. In addition to legislative problems in implementing 5G, operators face technical difficulties. Therefore, operators in the United States choose a simpler option with a low-frequency sub-6 5G, which is considered as a more reliable version of the LTE connection. And a bright and bright future will come only when all possible 5G bands are activated.

The advantage of existing 5G networks can be considered that they provide higher speeds in comparison with LTE with an increase in the number of connections. Thus, it is easier for operators to provide a high-speed connection, even without large-scale construction of new networks, but by updating the equipment of base stations to which a fairly wide fiber-optic channel is connected. Now in the US, 5G is only slightly faster than LTE networks, speeds will only grow as new infrastructure is built.

Oppo Reno3: the international version will be presented on March 16