The Fujifilm X-T2, an evolution of an already convincing X-T1, promised to be a success. The device does not disappoint, since it improves the performance of its predecessor in many ways. Equipped with an equally neat and slightly more ergonomic design, it offers a very good sensor and presents a very fast autofocus. With its excellent 18-55 mm optics, it seduces without difficulty, even if it has some colorimetry and white balance faults that the most experts will correct through manual adjustments. In short, a very good case, to be placed first in the hands of advanced photographers. 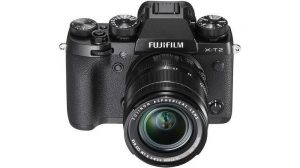 Available since summer 2016, the Fujifilm X-T2 takes over from the X-T1 just over two years old. A deliberately vintage hybrid camera, multiplying physical controls and associated, during our test, with an XF18-55 mm lens. The case promises many improvements, first among which is the appearance of a more defined sensor. What motivate the investment in this new generation of products? The Fnac Lab weighed the pros and cons.

The Fujifilm X-T2 retains the hybrid format of the X-T1. It has a relatively compact body, but weighing more than 500 grams, with a decidedly retro look. It now has a 24.3 megapixel APS-C CMOS X-TRANS III (X-TRANS II for X-T1) sensor, compared to 16.7 million pixels in its predecessor. The device also features a 3-inch non-touch, but swivel LCD screen with 1.6 million dots, as well as a variety of notched dials for making adjustments without entering the menu. A wide electronic viewfinder (0.77x) is also present, and the camera is capable of filming in 4K. 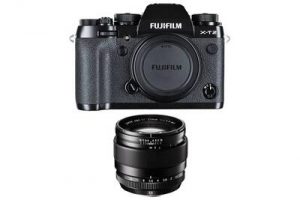 If the X-T2 is a little heavier than the other hybrids, it is mainly because it gives pride of place to the elements of physical adjustments. It has physical dials that allow quick adjustments (exposure compensation, shutter speed, ISO). Two of them are double, with in particular a small wheel to adjust the exposure measurement, a little fine perhaps and which could pose a problem for large hands. We also note the welcome presence of two push buttons to lock the settings. The advantage of such a proliferation of knobs is simple: the little buttons located above or next to the screen are rare, which will avoid pressing keys by mistake or going through the menu on the screen. That’s good, this one is relatively messy – but we appreciate the navigation via a small joystick located above the directional cross.

The Fujifilm X-T2 is equipped with an electronic OLED viewfinder of 2.36 million points and offering up to 100 images per second. This is supported by a non-touch screen, which is now rare enough to be noted. It can be tilted vertically (a small button allows it to be unlocked) or horizontally, up or down. The finishes, like those of the knobs, are solid and give hope for a good service life. This screen, we note, retains the 3-inch format and the 3: 2 ratio of the X-T1, still for a definition of 1.04 million points. It’s largely enough. 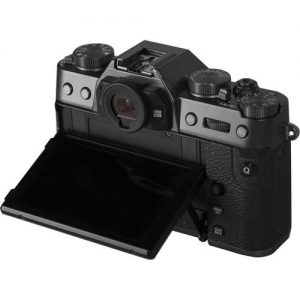 n word, finally, on the connectors. Convenient for long photo (and video) trips, the X-T2 is capable of accommodating two SD cards, in a port located on its right edge. There is, under the housing, a connector for a second grip ensuring better grip of the device. On the left, a micro-USB port, an HDMI connector and a jack are protected by a hatch. The battery is accessible under the device. Note that the whole thing is not waterproof.

The optics
We didn’t really doubt it, and the optics tested with our X-T2 behaved really well. This XF18-55 mm lens has very little distortion at wide angle (0.35%) and divides this score by two in telephoto (0.17%). Recall that below 2%, the distortion is negligible and, above all, that the duo X-T2 / 18-55 is one of the most faithful to straight lines.

Best of all, optics overlook chromatic aberrations. This is not surprising, however, since it is very rare to find it on such high-end equipment.

Difficult to be perfect in every way. Here, the lens sins slightly in the vignetting radius, which shows very lightly (0.22d) in both short and long focal lengths. If this result is negligible, it remains slightly higher than other high-end positioning hybrid devices. This vignetting can be observed in the corners of the image when the background is solid, for example on a background of clear sky. At this level, it will be barely noticeable.

Colorimetry
More than sensitivity, color fidelity is not the strong point of the X-T2, at least compared to the average of high-end hybrid cameras. A little better than the X-T1, it is still behind on this point compared to the best. This is mainly explained by a high deltaE in daylight (dE of 5.17), penalized by the ray of luminance. All things considered, there is a tendency for the camera to overexpose in broad daylight. In fluorescent light, the deltaE of 6.53, which sins in the color range, remains more in the average of other devices. When the light is yellow, tungsten type, the Lab notes a deltaE of 8.47, just above the average, and sealed by drifts of hues and saturation.

These impressions translate to the side of the white balance, correct without shining in the X-T2 when it is used in automatic mode. The device, tested with different colored backgrounds, behaves correctly with predominantly light yellow, dark yellow and blue, and performs approximately correctly with dark green. On the other hand, when the light green is very present, the white is likely to turn towards the magenta: a datum to take into account during portraits made in a garden, for example.

This small defect appears of course only in automatic white balance. The most demanding photographers, who are the target of such a camera, will perform manual white balance.

Colorimetry
Daylight Artificial light Automatic white balance
1.9 6 5.9
The sensibility
Little surprise for the X-T2, which gets a lower rating than the X-T1 in terms of sensitivity, and which above all remains average. Unlike many high-end devices, it only starts at ISO 200, when its competitors start at ISO 100, and goes up to ISO 12,800. Among the competition, there are many models to go up to ISO 25,600. This lower sensitivity is associated with noise in the standard up to ISO 800 (30.9 dB). The quality tends to deteriorate in a more visible way beyond, but at ISO 12 800, the X-T2 behaves correctly compared to its competitors (23.4 dB). 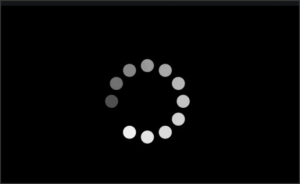 On the rise in ISO, there is a tendency to smoothing which appears a little marked from 3200 ISO. Too bad for this X-T2, especially since it does worse than its predecessor, which remains below the acceptable bar of 0.7 until its maximum sensitivity, or ISO 6400.

With the rise in ISO, there is a tendency to smoothing which appears a little marked from ISO 3200. Too bad for this X-T2, especially since it does worse than its predecessor, which remains below the acceptable bar of 0.7 until its maximum sensitivity, or ISO 6400.

Autofocus
As mentioned above, the Fujifilm X-T2 has fast autofocus, since it manages to focus in 0.12 seconds. Does it work properly depending on the circumstances? The answer is generally yes, especially since there is also a notable improvement since the X-T1 generation. Forget its sensitivity in low light, since it then manages to focus with its illuminator, like all devices of its kind. However, we appreciate its ability to focus in low contrast, since the autofocus of the X-T2 remains effective when displaying a gray at 4% on a white background, when the average is around 7 %.

The flash
Unlike compact cameras, where it is now a standard, the flash is not systematically present in hybrids.

The X-T2 is delivered with a removable EF-X8 flash which ensures good performance.

The latter obtains a very good note, slightly better than that of the X-T1, thanks in particular to a good uniformity in short focal length. At a distance of one meter, this flash tends to overexpose the center of the image, with 68 in L, but does not descend below the 44 in L on the sides, 50 remaining ideal. In telephoto, all the shots will be overexposed, with 68 in L in the center, and more than 62 in the corners.

If overexposure is still required, the X-T2 has the merit of retaining almost the same power whether the photograph is captured at a distance of 1 meter or 6 meters, with respectively 68 and 69 in L in short focal length and 69 and 62 in L in long focal length.