Home » Blog » The OnePlus 9 will come with a charger in the box, it’s official
AndroidNewsReviewsRumors

When Apple pulled the charger out of its box with the release of the iPhone 12, it was questionable whether or not the Android smartphone makers were taking the same path. Samsung, for example, has also decided to remove the power adapter from the Galaxy S21 cases, but that won’t be the case with OnePlus on the OnePlus 9. 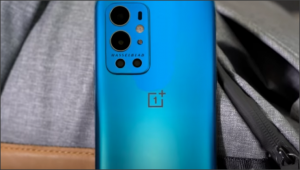 A month ago, notorious leaker Max Jambor hinted on Twitter that OnePlus would not remove the power adapter from its smartphone boxes, unlike some of its competitors like Apple or Samsung. It’s official now, with OnePlus CEO Pete Lau confirming, at a brand forum, that the company will not ignore the charger.

Removing the charger from smartphone boxes, good or bad idea?

Perhaps the most relevant solution is the one that Xiaomi encountered in China on the occasion of the sale of the Mi 11 phone. In fact, the manufacturer did not include a charger in its smartphone cases, but left the option for the consumer to add a charger to their smartphones. Request for free. So those who already have a charger at home and don’t want to take advantage of the 55W fast charging can choose not to cause additional potential electronic waste.

However, we can think that OnePlus may be tempted by this trend in a few years, since the manufacturer generally opposes it for a year or two before finally giving up. For example, the company has long fought against retaining the headphone jack, and has waited a long time before equipping its smartphones with wireless charging.