Home » Blog » Google Camera (GCam) on your smartphone: why and how to take advantage of it

Google Camera (GCam) on your smartphone: why and how to take advantage of it

This tip will BOOST the photo performance of your smartphone!

If your smartphone includes the Camera 2 APIs, most of the time, you will simply need to install an APK file (tutorial). There are also configuration files to place on your smartphone, settings.xml. Be careful to download the correct files compatible with your smartphone. 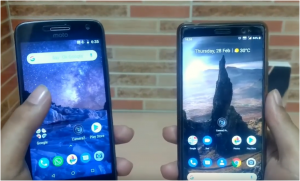 Many of you have chosen Google Camera (GCam) as the app for your smartphone’s camera. We take stock of this application and installation methods depending on your model.

Gcam is a contraction for Google Camera. It is usually a camera app that you can download to get certain camera functionality (HDR +, Portrait Mode, Night Vision, Photo Sphere, Photobooth, Lens, Focus Effect, Panorama ) that can be found on Google Pixels.

On a large number of smartphones, users very often experience better photo quality with the Google Camera app. But is this always the case? Not really. For low-light or portrait mode shooting, most users consider Google Camera (GCam) better than their device’s default Camera app. However Google Camera does not support all the features of your smartphone, such as additional cameras (ultra wide angle, zoom, etc.). 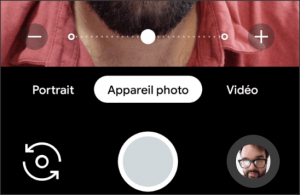 Amazon.com
$724.99 13 used from $455.00
See it
Last Amazon price update was: August 29, 2022 9:03 am
× Product prices and availability are accurate as of the date/time indicated and are subject to change. Any price and availability information displayed on Amazon.com (Amazon.in, Amazon.co.uk, Amazon.de, etc) at the time of purchase will apply to the purchase of this product.

WHY GOOGLE CAMERA IS BETTER THAN OEMs?
This is because the Google app uses certain Google libraries that OEMs are not allowed to use, so they must develop their own libraries. Fortunately, many developers carry the Google Camera application (GCamera), you will find the list of devices at the end of the article. Google Camera (GCam) can nevertheless operate very randomly depending on the porting of the application but also on compatibility with your smartphone.

HOW TO INSTALL GOOGLE CAMERA (GCAM) ON YOUR SMARTPHONE?
Unfortunately as you can see below, Google Camera is no longer offered on non-Pixel smartphones, so you have to manually install a version compatible with your device. 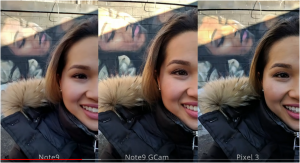 First of all, there is one important thing to know: Google Camera generally works quite well with Qualcomm Snapdragon and Samsung Exynos SoCs. If you have a smartphone with a Mediatek or Huawei Kirin chip, this will not work. There are exceptions, however, but stability will probably not be there.

Let’s start by checking the compatibility of the Camera2 APIs on your smartphone (we’ve been talking about it since 2014). On a Pixel, the level reached is level 3. You can check it with the application below. You have to look at the Hardware Level Support Category.